Return to the land of Solest and guide a new group of heroes through the most shocking, devastating event in that world’s history. Hundreds of years before the events of Master of the Wind, a fiery cataclysm ravages the world and leaves it nearly unrecognizable. Was it a natural disaster? Powerful magic? An act of the gods? Nobody knows, but those who survive must come to terms with a world remade.

In the midst of a pilgrimage to an ancient church which is sacred to the followers of the god Arcadius, a kobold named Rustek sees even more meaning in his journey after the Rain of Fire. In the chaos of that day, Rustek meets a young dark mage named Taraja. She is different from him in every way – age, race and religious loyalties. However, they will stick together and recruit a party of wandering loners who had their lives upended by the cataclysm. As the chaos subsides, a new and bizarre threat to Solest surfaces and the party realizes that the end of the old world could lead to a promising new one.

World Remade features an eclectic cast of characters (only two playable characters are human) with a wide range of abilities. These abilities will be showcased in an intricate battle system far removed from anything in our previous work. The post-apocalyptic storyline will be perfectly comprehensible for those new to Solest, but those who know the lore of Master of the Wind will see some familiar faces…although not the way they may expect! 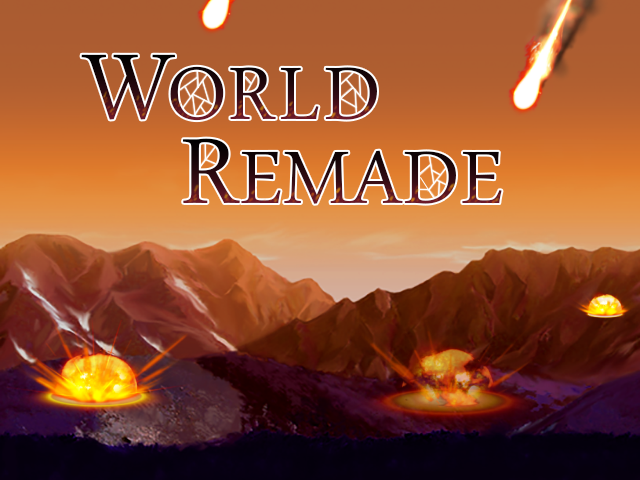