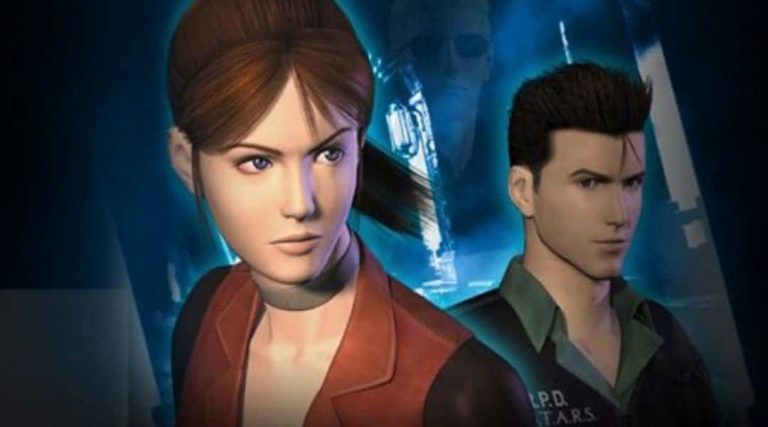 Capcom has been on a remake streak. After the Remake of Resident Evil 2 and 3, it seemed like a Code Veronica Remake might be in the cards. It was the next title that came chronologically. But does it warrant one? It had been several years since I last played it, so I decided to revisit this side title to answer that question.

The gameplay of Code Veronica doesn’t innovate much on the original trilogy. The biggest difference is in the presentation. It’s the first title in the series to be rendered completely in 3D. No more pre-rendered backgrounds. This also means the camera is more dynamic. They still use fixed angles in small interiors, but in larger areas the camera will follow you. The game also features dynamic lighting, which is best seen when you have your lighter equipped.

Other than that, the game features the same stellar survival horror gameplay fans of the series had grown accustomed to. You still have a small inventory, where you manage limited resources while battling zombies and other bioweapons. I would have liked to see more innovation in the gameplay department. RE3 had additional mechanics, like the dodge and ammo crafting, which don’t make a return here.

You’ll still be dealing with mostly zombies, but there are some new enemies introduced, like the stretch armstrong Bandersnatch. Hunters make a return, with a poison variant. Claire can take a lot more punishment in this game, which is good because enemies will get a lot more cheapshots in. The Bandersnatch in particular is a pain in the ass to avoid, as he’ll actually follow you vertically up stairs and hit you from across the room off-screen. You can shake off zombies, and even avoid damage sometimes if you’re fast enough which is a nice addition.

A Resident Evil game isn’t complete without adventure game style puzzles and scavenger hunts! One of my favorite puzzles is tracing the Ashford family lineage using text and environmental clues in the room. Most of the puzzles are simple to solve, and come down to finding the items you need to complete them. There is a lot of needless backtracking in certain sections of the game, to retrieve items you’ve already used, which feels like padding.

The music is some of the best in the series. Most of the environments and bosses had very memorable tracks. Unfortunately, the voice acting in 2000 was still very amateurish for most titles. The English voice acting is unintentionally hilarious in what was intended to be dramatic scenes. Steve, Clair’s annoying love interest, has some of the most hilariously bad voice acting, as sampled below. (Spoilers in the video!)

The starting area is broken into four major sections: the prison, palace, military base, and airport. You’ll be bouncing between these sections as you find items and keys to unlock previously locked off areas. This opening area is fun to explore, and features overall strong level design.

Unfortunately, there are a few missteps in this section. Some areas are not presented well, and makes them easy to miss. I ran by the military base several times before realizing there was a door because it blended into the wall right next to a locked gate. There was also a sewers entrance section that was off-camera and made for needless backtracking before I finally discovered it.

In many areas of the game, enemies will respawn, which puts a major drain on your resources. You get a large selection of weapons in this game: a handgun, bow gun, grenade launcher, double pistols, uzis, assault rifle, shotgun, and magnum. There are also a few boss specific weapons. It’s very easy to miss a few of these weapons your first playthrough, and get locked off from accessing them again. This game has a a major case of Permanently Missable Content aka Lost Forever, often with little warning.

The first half of the game is solid, but then things start to drag when you switch over to Chris for the latter half. You end up revisiting a destroyed version of the same island you explored with Claire. Not much happens story wise, and it involves a lot of backtracking to clear. The antarctic section is much better, and even features a few rooms from the original mansion in RE1, which is a nice callback.

RE:CV is mostly a self-contained story. You’ll be contending with the maniacal Ashford family and the Matrix version of Wesker. There are some memorable story moments, including a Hitchcockian twist at the end of the first half. Code Veronica X adds some additional story sequences, mostly involving Wesker. My favorite is Wesker running on a wall and jumping off to deliver a fiery punch to Alexia. Most of these bits felt badass when I was a kid, and I remembered getting genuinely excited to see Wesker return, but these come off as much more cheesy now. I do still find the reunion of Claire and Chris a heartwarming moment, although it’s a brief scene.

My biggest critique of the game are the bosses which serve as major progression blocks. They feel like last minute additions that were not tested at all. The boss at the end of the island section, a Tyrant with spiky hands, is one of the most infuriating boss fights, up there with Silver from Sonic 06 (“IT’S NO USE!”). You fight him in the cargo section of a plane, which offer very little room to maneuver. His charge attacks are almost impossible to dodge, and do a lot of damage. It’s a brainless fight that goes on for far too long.

The Tyrant boss isn’t even the worst offender. Steve’s “boss fight” is just running down a long hall and avoiding his UNAVOIDABLE attacks. Two hits from his giant swinging axe will put Claire down so I hope you have enough healing items or you’re screwed! That entire section is terrible, with a crushing block puzzle that makes no sense and require precise timing else you become a Claire sandwich.

The final Alexia boss fight is also bad. You get attacked by giant tendrils, ranged acid shots, and these tiny bug enemies that continually stagger you…ALL AT THE SAME TIME!!! It’s best just to brute force this fight, granted you have the ammo and healing items. The first time I played Code Veronica, I got stuck on this fight and had to restart from the beginning because I didn’t have enough resources to finish the game.

There are some other “what were they thinking?” moments, like not being able to access weapons or items that Claire or Chris are holding when you swap between them. I had to reload an older save because Claire was holding weapons I needed as Chris. CV is widely considered one of the hardest Resident Evil, often for the wrong reasons.

Code Veronica was the last game to utilize the traditional survival horror gameplay Resident Evil was known for before RE4 changed the direction of the series. It’s still a solid title, with a few major flaws. I don’t think it’s worthy of a remake, as it’s a side title that doesn’t add much to the overall series, both gameplay and story wise. Still a fun title, and worth revisiting. If you have a Playstation, you can download it on the PS store.

For my next title, I’ll be going further back, to the 32 bit era to explore a survival horror gem I missed…